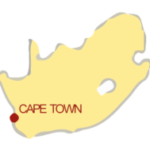 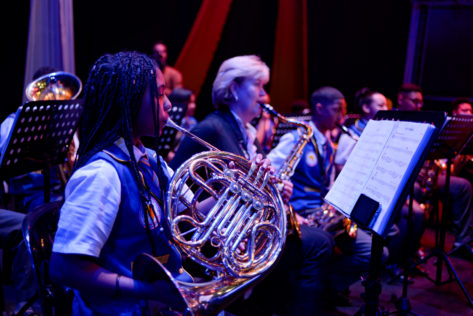 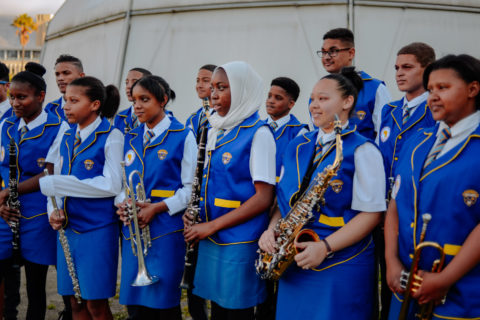 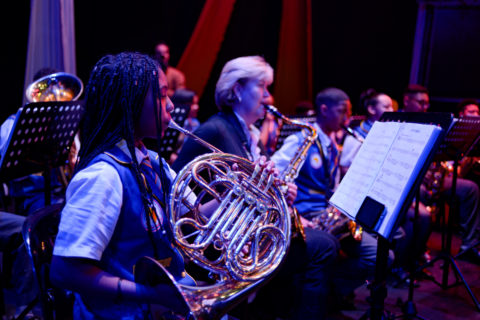 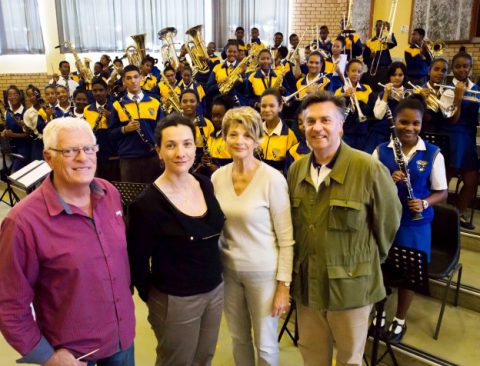 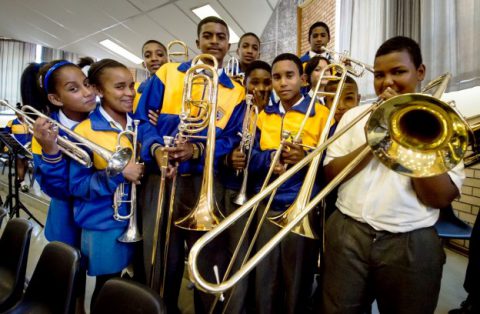 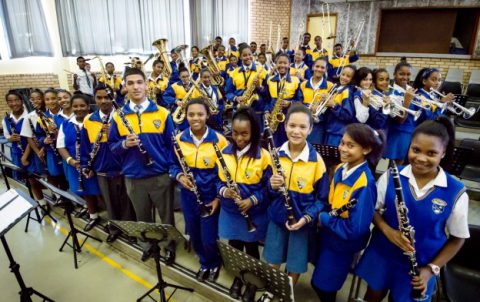 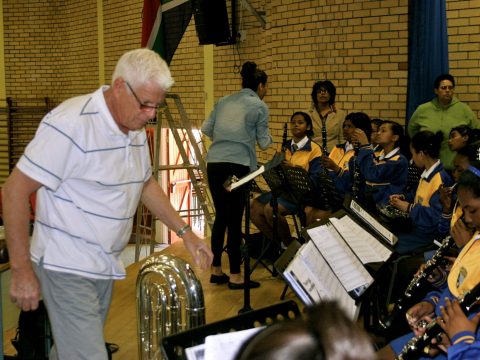 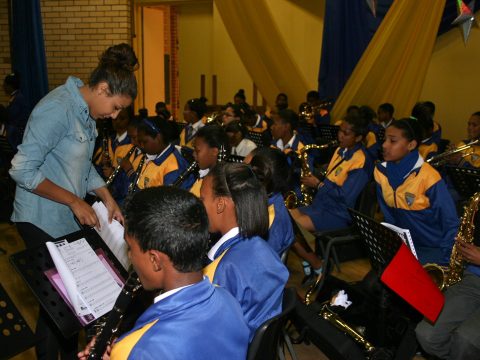 
AAD created a partnership with the association Musiquelaine in 2013 in develop the Township Orchestra Project. This program support the Steenberg High School’s orchestra, directed by the famous trumpeter Ian Smith. The 13 years of age musicians were personally given an instrument, funded by AAD, that they will learn to play.

Township Orchestra allows young underprivileged South Africans from the Cape Flats neighborhood to get to grips with jazz and traditional South African music in the school. Therefore, the integration of this young population, often stigmatized and marginalized in South Africa, helps to fight against school dropouts and to facilitate their access to jobs.

In July 2019, the Steenberg High School Orchestra performed brilliantly in public on the occasion of the French July 14th celebrated in Cape Town.

AAD Fund and Musiquelaine have just renewed their partnership for the next three years.

“The place where we had left behind all those who were not white in the apartheid era. (…) A bleak and desolate plain, agitated by wind and dust.” It is with these words that South African novelist Roger Smith describes the Cape Flats, the neighborhoods of Cape Town (South Africa).

In these townships violence and insecurity plague unabated, the most vulnerable victims are children and adolescents. Poverty, neglect, drug abuse, and violence make up the lot for many young people who are caught in the spiral of deterministic school dropout and unemployment. Faced with this situation, and echoing the Millennium Development Goals of primary school enrollment in 2015, the school ground is a key area of action to curb this phenomenon.

This observation is the genesis of our project: to fight the school dropout rate we must reintegrate youth into a curriculum. In this context, learning an artistic activity is a strong and effective way to achieve this academic integration. By placing students in a learning environment that requires discipline, patience, and the ability to work in groups, it facilitates returning to “the art of learning” and “understanding,” while thereby creating an appreciation of their individual and collective work.

The program, which is located at the Steenberg High School in Cape Town, will be realized in collaboration with Ian Smith, the great jazz trumpet player and founder of the Delft Big Band, and the South African association Musiquelaine Ltd., founded by Lainey Trequesser. Over a period of four years it will host 50 high school freshmen (the equivalent of the 6th grade level in France) with an average age of 13 years old, and introduce them to jazz and traditional music. Each student will be given an instrument and the group will put on several concerts, including one after the first year of learning.

At the heart of this new AAD project is the desire to emphasize artistic performance — inherent in the program. The group will put on a concert every year, beginning with the first year of learning, in South Africa and beyond, particularly in France. Learning an instrument requires rigour, determination and hard-work. The idea is to push the young students to mobilize themselves to achieve an objective by which they are motivated, individually or collectively, and to give them self-confidence.