REFUGEES ON THE MOVE: CHAD 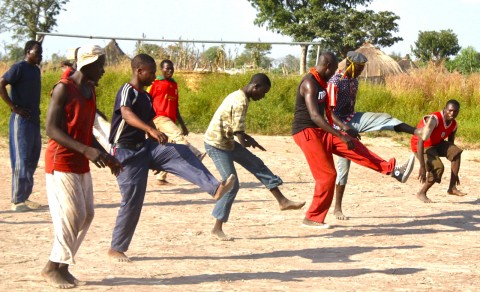 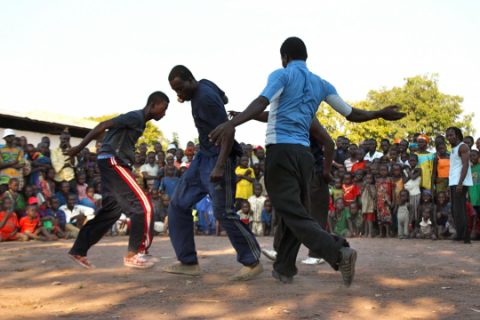 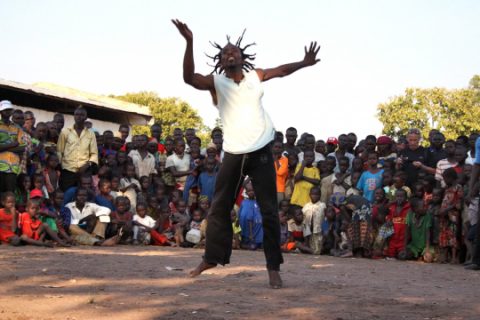 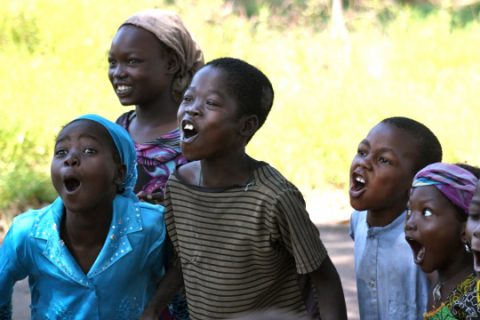 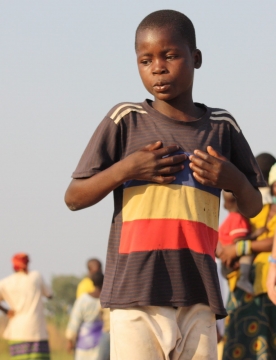 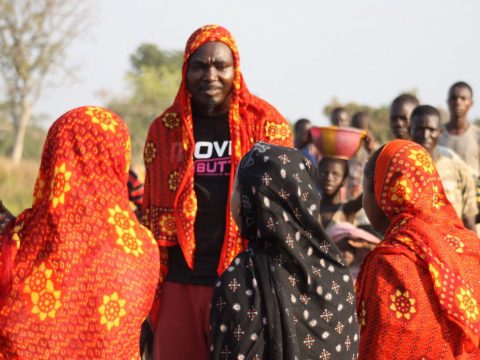 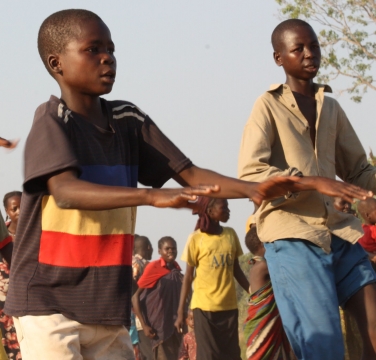 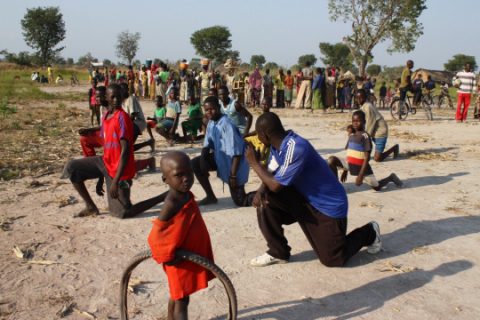 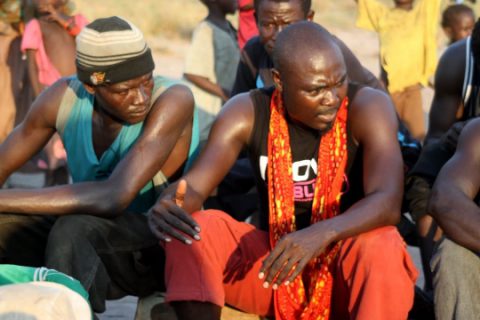 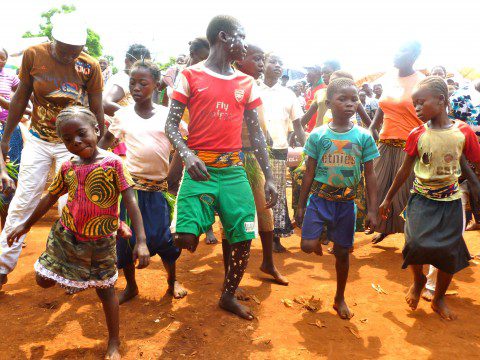 The program “Refugees on the Move,” initiated in partnership with the UNHCR, has three precise goals: reducing violence within refugee camps, contributing to the rebuilding of self-confidence among refugees, and increasing the dialogue between refugees and their neighbouring populations through dance and physical expression.

In this context, “Refugees on the Move” is planning on the intervention of a team of artists made up of a dozen dancers and musicians, led by a choreographer from the country, over the course of several sessions for about a year. In Chad, it is the choreographer Taïgue Ahmed and his company Ndam Se Na that intervened between 2011 and 2012 in the Moula and Yaroungou refugee camps.

AAD set up its program “Refugees on the Move” following the encounter with Taïgue Ahmed, the Chadian choreographer. Taïgue Ahmed and his association Ndam Se Na have been intervening since 2006 in refugee camps in Chad, and AAD committed itself to replicate this initiative in the camps of nine other countries from Sub-Saharan Africa, with local choreographers.
In 2010, those living in the United Nations High Commissioner for Refugees (UNHCR) refugee camps numbered more than 300 000 people, mostly refugees fleeing Sudan and the Central African Republic.

These structures, designed as temporary solutions, make for a precarious life and yet prove to be surprisingly enduring, some camps even seeing a third generation of refugees develop within their population. Despite the constant and effective work of UNHCR teams, the persistence of this situation tends to swallow up refugees’ optimism and hope for a better future, especially since camp residents often remain relatively closed off from the outside world.

In November 2011, a pilot project was launched in the refugee camps of Moula and Yaroungou, in Southern Chad, with Taïgue Ahmed and his association Ndam Se Na in order to set the program that will be followed in the other 9 countries in Sub-Saharan Africa and to start training the choreographers that will continue Taïgue’s work in their respective countries.

In April 2012, Taïgue Ahmed and his team returned to the two camps to follow up on the training. They returned once again in October 2012 in order to guarantee the continuity of this initiative and to prepare with the Central African choreographer Boniface Watanga the first replication of the program in another country.

The primary objective of the program is to bring a sense of wellbeing to refugees and to aid in the reduction of intra and inter-community violence.
Beyond the physical aspect, these workshops also serve as an occasion to spread preventive health messages (AIDS, hygiene…), to raise awareness among refugees regarding the importance of education, to denounce violence against women, and to encourage them to take care of themselves and take on responsibilities.

A handover system has been put into place between African artists in order to perpetuate the workshops in different countries. Taïgue Ahmed and his team therefore trained the choreographer Boniface Watanga in order for him to replicate the program in the Central African Republic.

The program « Refugees on the Move » in Chad has been a success. Some refugees of the program even participated at the National Ballet of Chad and the « Rencontres Chorégraphiques Internationales de N’Djamena », a festival that associates traditional dances, urban dances, and contemporary dances, and thereby serving as a meeting platform for different choreographies in N’Djamena.