Refugees on the Move : DRC 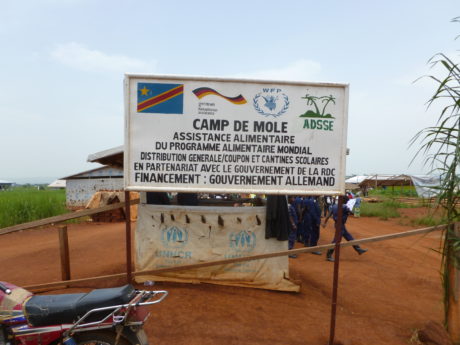 “Refugees on the Move” is based on the idea to use dance as a tool for social and cultural mediation in a dozen refugee camps in sub-Saharan Africa.

The “Refugees on the Move” programme, launched in partnership with the UNHCR, has three specific objectives: to reduce violence in refugee camps; to help restore the self-esteem of refugees; and to increase dialogue between refugee populations and camp neighbours through dance and physical expression.

With this in mind, “Refugees on the Move” is planning the intervention of an artistic team composed of about ten artists (dancers and musicians) led by a choreographer from the country, in several sessions over a period of about two years.

The Democratic Republic of Congo is one of the most important host countries. In 2015, 3.8 million people are under the responsibility of the Office of the High Commissioner for Refugees, including a large number of internally displaced persons. These people have fled conflicts in the Central African Republic, Rwanda and eastern DRC in particular.

The main objective of the programme is to provide refugees with a real sense of well-being and to participate in the reduction of intra- and inter-community violence.

Beyond the physical practice, these workshops are also lʼoccasion to disseminate prevention messages on themes previously defined with UNHCR.

Trained in Burkina Faso by choreographer Salia Sanou, Fabrice Don de Dieu Bwabulamutima and his team are currently leading dance workshops in Inke’s camp. The workshops are divided into 4 groups: a group for children, a group for young adults, a group for young mothers and a music group. The last workshop, which started at camp Inke in March 2018, innovates with a percussion workshop.