REFUGEES ON THE MOVE : CHAD 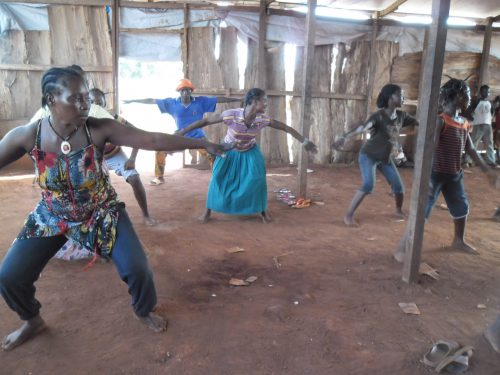 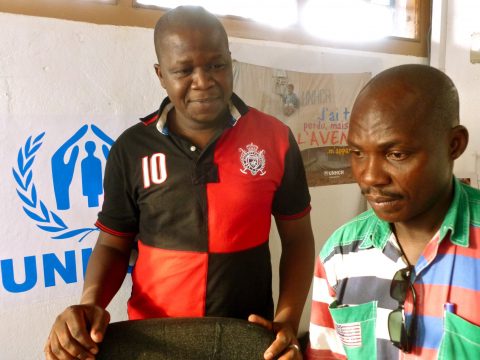 Administrative Associate of UNHCR and Boniface Watanga at Batalimo © AAD 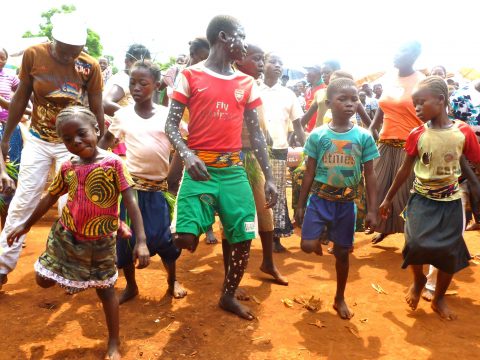 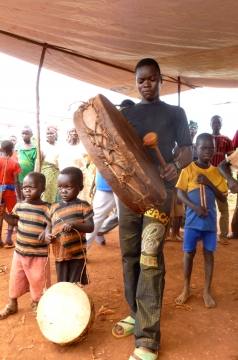 A refugee sets the rhythm © AAD 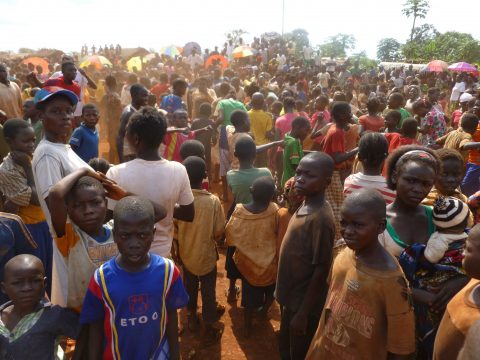 The refugees of the Batalimo camp © AAD 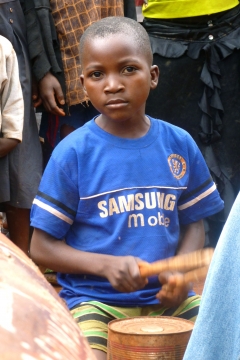 A child improvises on a drum for a dance © AAD

Dance as a tool for mediation

Refugees on the Move is based on the incredible idea of using dance as a tool for social and cultural mediation in a dozen refugee camps in sub-Saharan Africa.

The Refugees on the Move program, launched in partnership with UNHCR, has three specific objectives: to reduce violence in refugee camps; to help restore refugees’ self-esteem; and to increase dialogue between refugee populations and camp neighbours through dance and physical expression.

Refugees on the Move foresees the intervention of an artistic team composed of about ten artists (dancers and musicians) led by a choreographer from the country, in several sessions over a period of about a year. The pilot project of the programme launched in Chad in 2011 helped to define the modalities for replicating the programme in 9 other sub-Saharan African countries.

In the long term, a new system between African artists has been set up: choreographers participating in the programme in other countries are trained within the camps. Once the programme is set up in a camp, the choreographer in charge will train refugees to become trainers themselves. The idea is to anchor dance in the camps on a long-term basis.

Chad and the meeting with Taïgue Ahmed

In 2010, there were more than 300,000 refugees in Chad, mostly Sudanese, Chadian and Central African refugees in the camps run by the United Nations High Commissioner for Refugees (UNHCR). These temporary structures offer precarious living conditions as up to three generations of refugees live together in the camps. Despite the constant and efficient work of UNHCR staff, the persistence of this situation greatly affects the optimism and projection capacity of the refugees, who are often cut off from the outside world.

It was following its meeting with Chadian choreographer Taïgue Ahmed that African Artists for Development launched the Refugees on the Move program. Taïgué Ahmed and his association Ndam Se Na have been working in refugee camps in Chad since 2006. AAD is committed to replicating this approach in camps in nine other sub-Saharan African countries with local choreographers.

Refugee on the Move in Chad in a few key dates

Launching of the project “ROM CHAD I” in the refugee camps of Moula and Yaroungou in southern Chad with Taïgue Ahmed and his association Ndam Se Na. Dance workshops open to all are initiated.

7 men and 7 women selected from the Moula and Yaroungou camps performed Taïgué Ahmed’s original creation “Where are we?” at the International Choreographic Meetings of N’Dhaména (Festival Souar Souar). Three performances were programmed within the National Ballet of Chad.

Taïgué Ahmed is training 5 men and 2 women from the refugee camps to become trainers and keep the workshops going in the camps.


The “Refugees on the Move” program is an integral part of the « Refugees on the Move : Using dance to reduce violence and restore self-esteem in refugee camps », a commitment publicly taken by AAD on September 24th 2012 during the annual meeting of the Clinton Global Initiative (CGI).

The Clinton Global Initiative (CGI) brings together global decision-makers to turn their ideas into action. The CGI’s commitments embody innovative and impact-focused approaches designed by its members to address global challenges. These commitments to action can be modest or ambitious, global or local. They are implemented through successful partnerships. Regardless of their scope, these Commitments enable CGI members to translate concrete objectives into meaningful and measurable results.