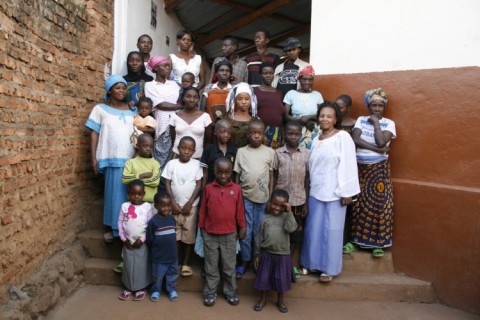 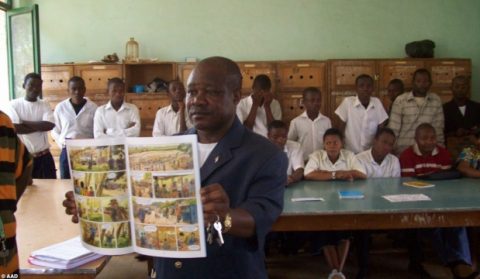 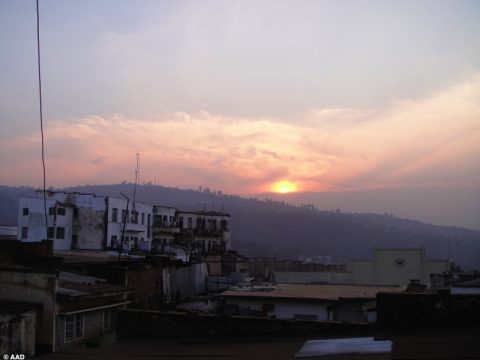 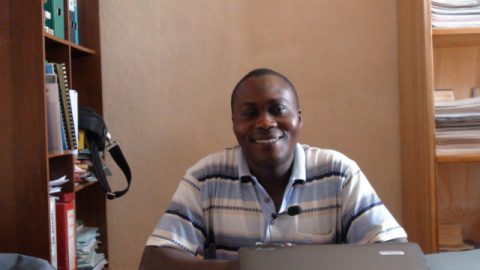 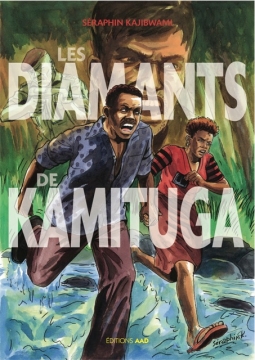 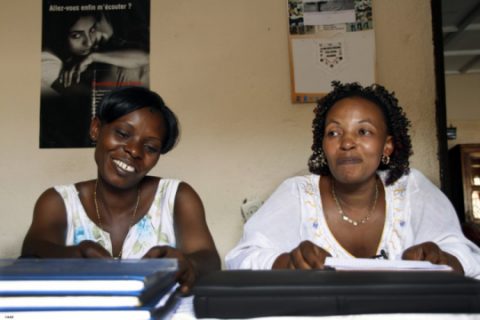 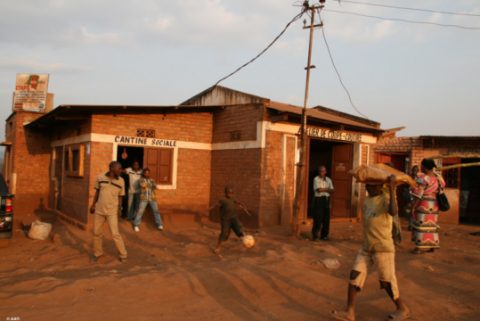 The facilities of SOS-SIDA at Bukavu © JMC 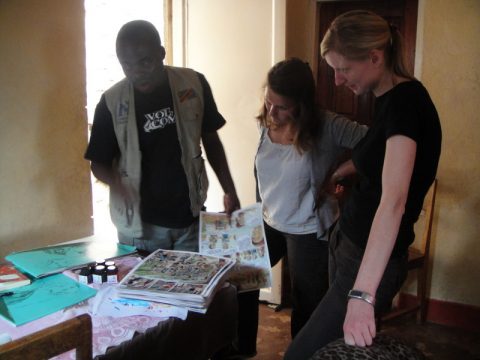 Séraphin Kajibwami and two members of the AAD team © JMC

In 2009, African Artists for Development associates itself with the Congolese comic book artist, Séraphin Kajibwami, to produce the first volume of the comic book, “Les Diamants de Kamituga”. This comic book is an education tool for reading and a source of information concerning HIV/AIDS prevention. 100 000 copies of “Les Diamants de Kamituga” have been printed and distributed for free in 2012 by AAD’s local partner, SOS-Sida and the local authorities in the South Kivu region.
The storyline of this comic book is based on a true story, that of a Congolese mother who suffers with AIDS. The book therefore contains informative elements and preventive measures concerning AIDS, while maintaining the principles of a thriller: adventure, suspense, love and humour.
A true educational tool, the dissemination of “Les Diamants de Kamituga” is a way to deliver educational messages to the local population: prevention, screening and general information.

Ethnic strife has dealt a terrible blow to development in the Democratic Republic of Congo in the past 20 years. The country is currently in the process of rebuilding itself, which involves controlling the spread of the HIV/AIDS epidemic in the South Kivu province, in the East of the country.

In this province with a population of 3,8 million inhabitants and where more than 20% of women are victims of sexual violence, African Artists for Development committed to spread an informative and preventive message to contribute towards the fight against HIV/AIDS by the means of an original and particularly efficient tool : a comic book.

AAD’s partnership with the French organisation Solidarité Sida (AIDS Solidarity) made it possible to meet local SOS Sida (SOS AIDS) teams in 2009. SOS Sida is a Congolese group working in and around Bukavu to improve access to treatment for HIV-positive people living in South Kivu’s rural areas. It takes 300 to 400 patients, many of them women, into its care each year, giving them psychological and therapeutic support. It carries out impressive AIDS prevention work in the region, especially amongst people living in the countryside.

AAD has decided to committ to this community, by initiating the encounter of the comic-book artist, Séraphin Kajibwami, originally from the region, and SOS Sida, to produce the comic book on the theme of AIDS.

Séraphin spent the summer of 2009 finding out about the daily problems of the organisation and its patients, which helped him understand the role and large-scale message prevention that should be promoted. He started writing the comic book in the autumn of 2009.

“Les Diamants de Kamituga” is the outcome of collective and committed work. It tells a true story anybody in Congo has gone through or might go through one day. Love, humour, adventure and AIDS prevention messages make this comic book unique.

The first objective is to respond to the 6th Millennium Development Goal (“combat HIV/AIDS”) and to disseminate an informative and preventive message to contribute towards the fight against HIV/AIDS by the means of an original and particularly efficient tool: a comic book.

The first version of the comic book “Les Diamants de Kamituga” was a real success. More than 500,000 readers were directly informed about the challenges related to HIV/AIDS and the number of tests done by SOS Sida, AAD’s local partner, increased by 40%. In 2012, “Les Diamants de Kamituga” was the most widely circulated francophone comic book in Africa.

13 January 2016 - AAD’s video !
7 March 2013 - A HEROINE TO LEAD THE DIAMONDS OF KAMITUGA FOLLOW-UP
15 January 2013 - A CHRISTMAS PARTY FOR THE CHILDREN OF THE SOS-SIDA ASSOCIATION IN BUKAVU
24 July 2012 - DIAMONDS OF KAMITUGA: THE PLOT THICKENS…
5 July 2012 - GRATIEN CHIBUNGIRI REPORTS ON AAD’S “BUKAVU SPEECH BUBBLES” PROJECT
20 June 2012 - THE DIAMONDS OF KAMITUGA AT SOLIDAYS
16 May 2012 - INTERVIEW: SÉRAPHIN KAJIBWAMI ON COMICS AND HIV PREVENTION
28 March 2012 - GIANT COMIC-BOOK HANDOUT: THE BUBBLES ARE FIZZING IN BUKAVU (DRC)
contact us>
Share : Twitter Facebook