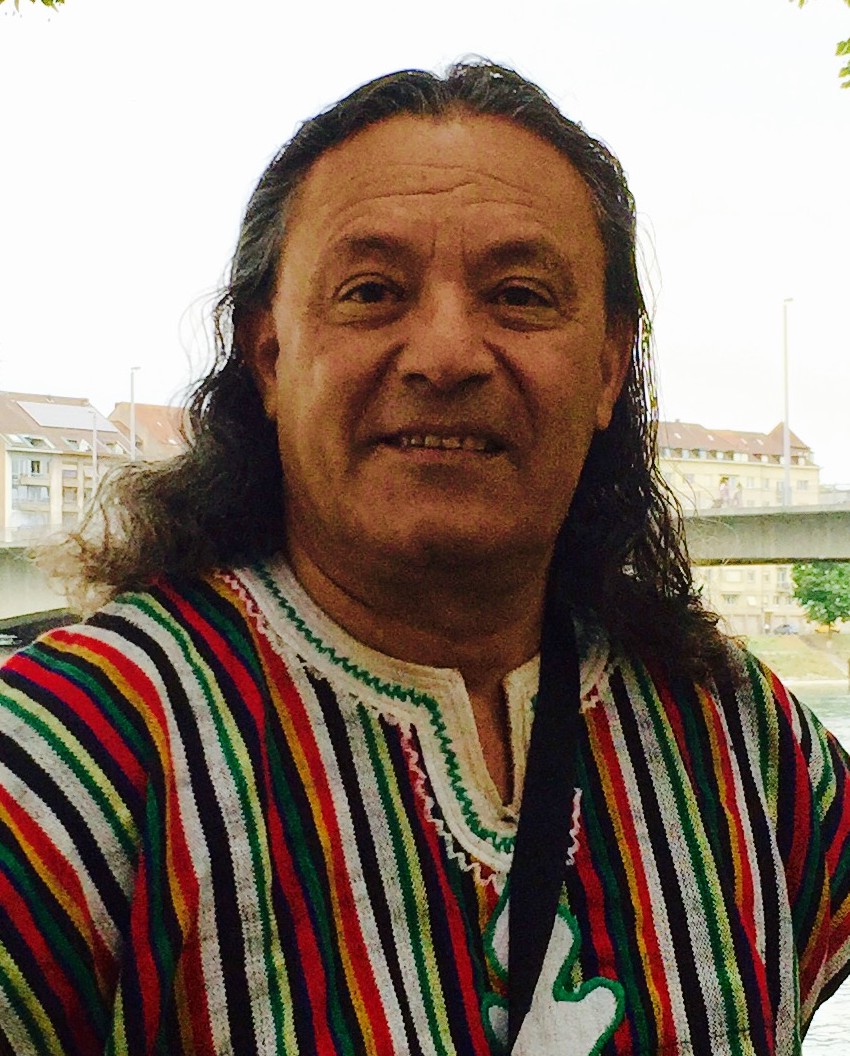 Born, in 1953, in São Vicente, Tchalé Figueira moved to Switzerland in 1974 to study at the Basel School of Design. He returned to Mindelo, his hometown, in 1985.

Tchalé Figueira is a multidisciplinary artist who expresses himself through painting and drawing, and also through music, writing and poetry. He published Tous les naufrages du monde (All the shipwrecks of the world), in 1992, Là où les sentiments se rencontrent (Where the Feelings Meet) in 1998, and then L’azur et la mer (The Blue and the Sea) in 2001.

His creations, characterized by bright colors and distorted shapes are the result of a skillful mixture of the real world and a dream world, between observation and imagination. With a certain irony, his work is inspired by the burlesque scenes of local life and the aberrations of the human condition, as he denounces political and societal flaws.

His work has been shown across the world, in Europe, Africa, the United States and Brazil.

In 2008, he received the Fondation Blachère award at the Dakar Biennial.