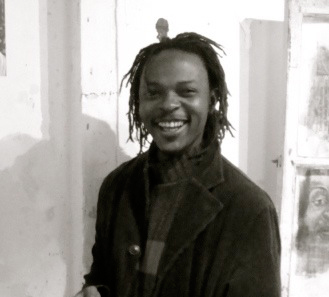 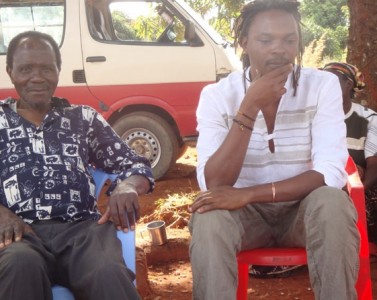 Born in Lubumbashi, the Democratic Republic of Congo in 1978, Sammy Baloji graduated with a Bachelor of Arts degree from the University of Lubumbashi. While comics first grabbed his attention, he gradually turned to photography and video as his interest in art deepened.

The underlying theme in Baloji’s work is the industrial and cultural heritage of his home region of Katanga. He is particularly fascinated by the notion of memory and the remnants of colonization.

For example, the “Mémoire” series combines present-day photographs of the brownfields once owned by Gécamines (Société Générale des Carrières et des Mines), a powerhouse of Katanga’s industrial past and a symbol of the former Belgian Congo’s economic might, with black and white pictures extracted from the archives.

In 2005, Baloji went to Brussels to present “Views of Likasi”, a 0.60mx200m photomontage that merged the mining town’s colonial architectural with evidence of the present. The show even traveled to Cape Town in South Africa and to Maputo in Mozambique.

In 2007, Baloji worked on a photography project in Mozambique during an artist’s residency in the country. The capital Maputo’s recent history served as a powerful point of inspiration, as demonstrated by the name of one of the city’s main streets, Avénida Vladimir Lenin.

A year later, he created the Lubumbashi Image Festival: PICHA! (which means “picture” in Swahili). The event had two goals: showing to the local people archival images of their history and presenting work by emerging contemporary visual artists from their home continent. The last PICHA! show took place in 2010 with Simon Njami as the commissioner.

Baloji’s current project, “Allers et Retours” (“Round Trips”), focuses on the confrontation between the West and the Kingdom of Kongo. In 2009, he presented the first phase of the project at the Quai Branly Museum in Paris.

He won two awards at the 2007 Bamako Biennale, was a finalist for the 2009 Pictet Prize in Paris for his “Mémoire” series and took home the Prince Claus Culture and Development Prize from the eponymous foundation for “Mémoire”.

Sammy has participated in various international shows worldwide, from the first PhotoQuai exhibition at the Quai Branly Museum in Paris to that of the Royal Museum of Central Africa in Tervuren, Belgium in both 2009 and 2011.