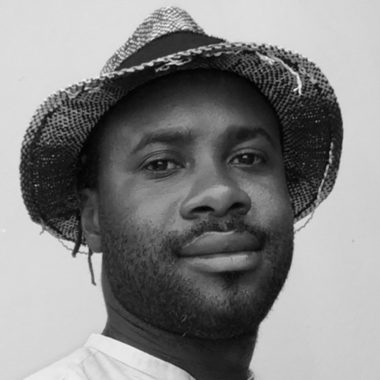 Forced to abandon a sports career following an accident, Nyaba L. Ouedraogo, born in 1978 in Burkina Faso, decided to take up photography. Self-taught, he is formed by his own curiosity about the world and photographic principles.

His approach is based on both aesthetic and documentary research. His photographs, which challenge a contemporary vision of Africa inherited from the colonial era, constitute a real social light on this continent. The human being being being at the heart of his reflection, he addresses, not without taking into account the anchoring of mystical beliefs in African societies, the themes of marginality and exclusion but also precarious living and working conditions. Eager to reveal the changes taking place within African societies, he deals with the environmental consequences of plastic and electronic waste.

Nyaba L. Ouedraogo’s work is published in many magazines and he frequently collaborates with the magazine Jeune Afrique. Important institutions support him and exhibit his work, including the Dapper Museum in 2012, the Musée du Quai Branly in 2013, where he is in residence in 2014, the French Institute of Ouagadougou, the Blachère Foundation and the Manchester Museum in 2015. He was awarded the Prix Picto in 2010, and the prize at the Rencontres de Bamako in 2011.

Nyaba L. Ouedraogo now divides his life between Paris and Ouagadougou. He co-founded a collective and exchange laboratory around photography.