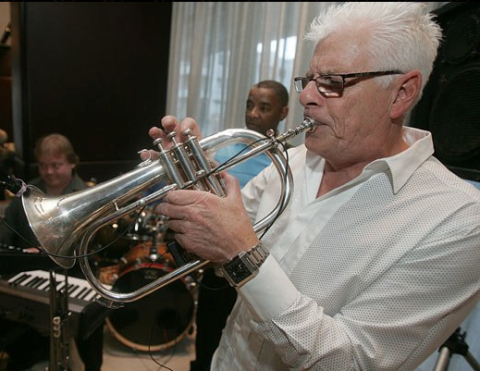 Ian Smith is one of the most famous South African trumpet players of his generation. He has led a brilliant career over the past twenty years as a worldwide jazz trumpeter, bandleader, and educator, both in studio and on radio and television.

He has played with the “Gerry Bosman Orchestra,” the ” UTC Big Band,” the “Cape Town Philharmonic Orchestra,” and is also the founder of “Cape Jazz Orchestra.” During his career, Ian Smith has worked, among other great musicians, with Luciano Pavarotti, Shirley Bassey, and Liberace.

For four years he taught at SACS High School in Cape Town, during which he helped the school win prizes and tour Europe in 1993.

In 2008 he joined the social development program initiated jointly by the department of the Western Cape and the NGO “COAST” (Cape Outdoor Adventure Service and Training), which aimed at reintegrating youth in a curriculum through music apprenticeship. After 3 months Ian Smith made the decision to pursue this program voluntarily. Today, more than 100 young people have benefited from this program; the most talented make up the “Delft Big Band.”