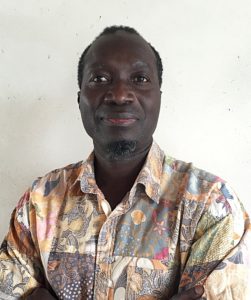 Franck Lundangi was born in 1958 in Angola and now lives and works in France. A man of many talents, he began his career as a professional soccer player in Africa before gradually becoming interested in the arts after his arrival in France in 1990.

He expresses a simple and elegant style using varied techniques: painting, engraving, sculpture, and watercolor among other techniques.

Franck Lundangi has participated in numerous solo and group exhibitions, among these, the international exhibition Africa Remix, in 2004. His artwork has been acquired by several renowned public and private foundations, including the Fondation Blachère.