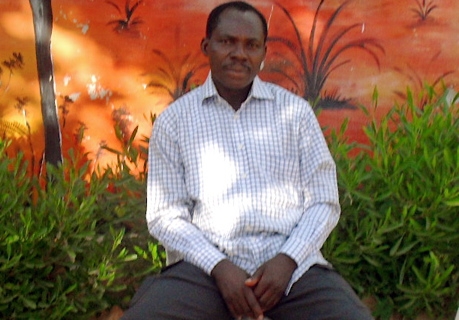 Born in Berberati, Central African Republic in 1975, Boniface Watanga is an actor and dancer committed to the democratization of art and culture in his country.

At the age of 15, he joined the theater troupe “Les Perroquet”, which he subsequently ran for five years before joining the SEWA Théâtre company.

With a keen desire to use theater to bring about positive social and economic change, Watanga partook in the International Festival of Theater for Development (FITD) in Ouagadougou in Burkina Faso in 1996. In 2002, he created the association Kekereke, which seeks to promote artistic disciplines and development through cultural means.

That same year, he took over the dance company Zeke-Ti-Beafrika and took part in the first edition of the AMOK festival of dance and percussion in Yaoundé (Cameroon), as well as other theater and dance festivals in Bangui (Central African Republic).

In 2004, he created the dance company Corps de Transe, through which he organized performances in several countries of Sub-Saharan Africa. The most notable of them was Chad, where he went in 2004 and 2010 for the International Festival of Dramatic and Visual Arts for Unity and Peace (FIADPUP).