Some of the artworks of Lumières d’Afriques at the Ministry of Economy ! 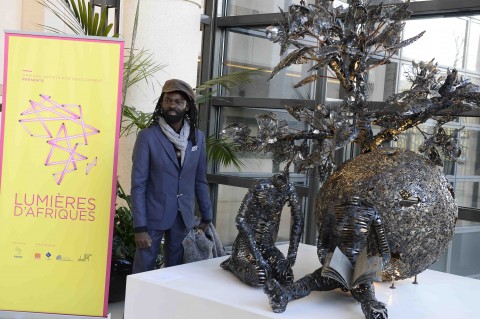 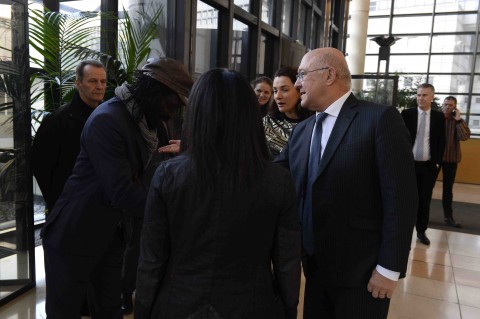 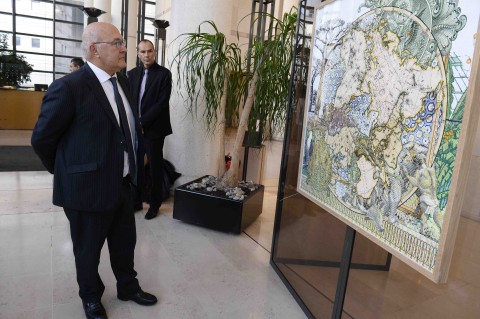 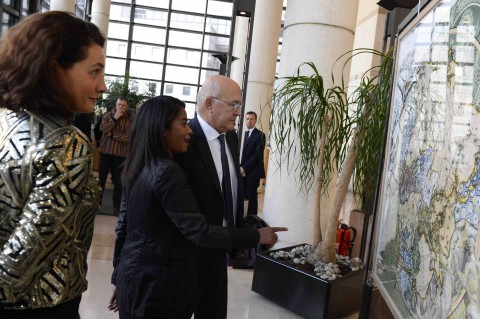 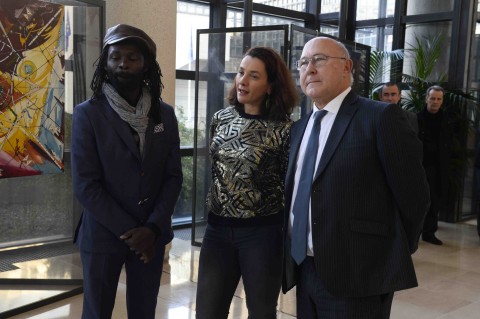 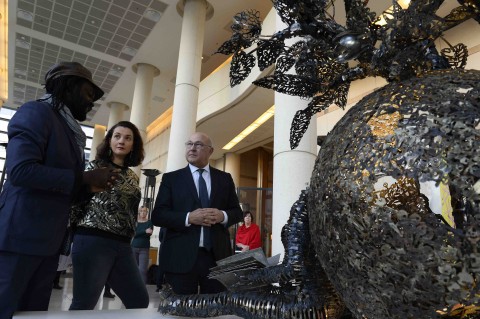 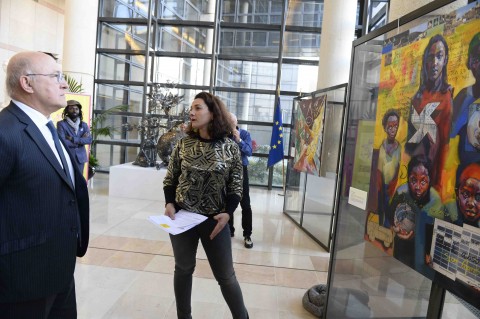 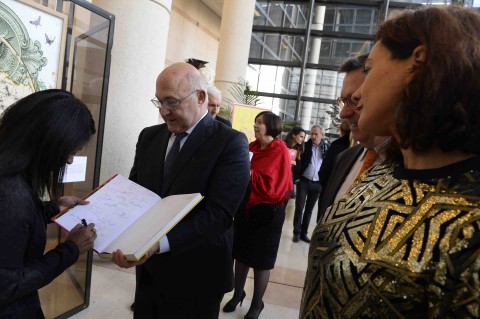 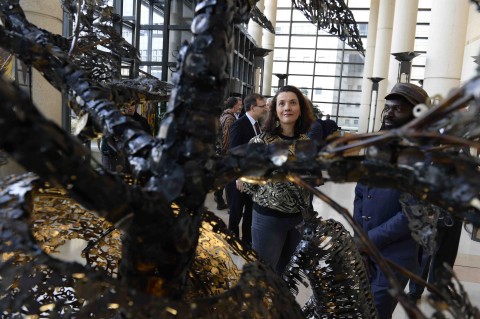 Four artworks of the exhibition Lumières d’Afriques went to the Ministry of Economy, Finance and Industry after the Théâtre National de Chaillot. The art pieces will be on display until Wednesday, December the 16th.

Michel Sapin, Minister of Finance and Public Accounts met for the occasion the artists Malala Andrialavidrazana and Freddy Tsimba, whose artwork are exhibited there, and Gervanne Leridon, President of AAD who discussed the various AAD’s commitments.

Lumières d’Afriques left the Théâtre National de Chaillot on November 24 but a large part of the artworks are exhibited in the Eurostar lobby at Gare du Nord. It will be presented in its totality in spring 2016 in Abidjan, Ivory Coast.